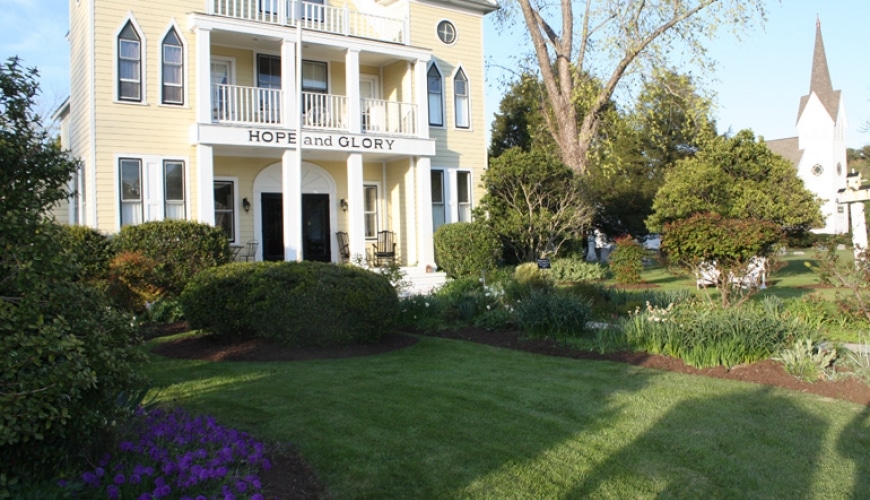 About Our Historic Hotel in Virginia

In 1889, our bed and breakfast in Irvington, VA was once a schoolhouse. The Chesapeake Male and Female Academy opened its doors for classes and welcomed a student body of 450. Co-education was very rare for those days, so the school featured two front doors— one for boys and one for girls— and practiced very strict educational practices.

A day school for most, the grounds offered dormitories since steamboat and horse and buggy were an expensive and time-consuming means of transportation for students who lived far away.

By 1898, the school touted that its graduates were being accepted by “the highest colleges in the land.” Although no college entrance exams were required of its graduates, many students went on to become physicians, attorneys, and professors.

Among all of The Chesapeake Male and Female Academy’s graduates, four were of special note: One became a Rhodes Scholar, another was named President of Hollins College (now University), a third was elected Attorney General for the State of Virginia, and Edwin Leland James went on to become the Managing Editor of the New York Times and interview such notable figures such as Charles Lindbergh when he landed in Paris.

Not much is known about this building between its closing and the 1940s when it became a rooming house under the name, “King Carter Inn”. The Inn went through another transformation in 1995-1996 when it became Hope and Glory Inn.